Those That Went Before 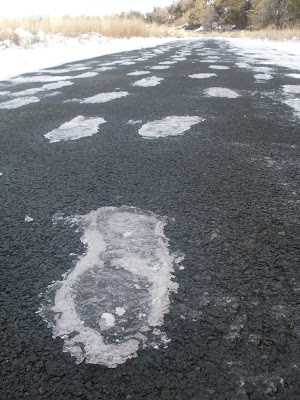 When I met the boy who would be my husband, he wanted to run with me. I couldn’t have that. Our marriage almost ended before it began.

Now nine years later, I’ve got a husband but no running partner. Don’t get me wrong. I’ve had running partners over the years but managed to dump each one, keeping the the friendship while also guarding the sanctity of my run.

I suck down lattes at the coffee shop to socialize with friends. I throw dinner parties to reconnect with people I love.

I run for myself.

I run to hear the thump of my feet over the earth. I run to breathe deep. I run to feel how fast I can go. I run because I can, and every time I do, I get stronger. It’s a choice that I make. I own it.

When I’m feeling good I speed up. When I’m tired, I keep going hard. Unless I don’t want to. Then I slow down – Luxuries not enjoyed when running with a partner.

And yet, while I was enjoying my sacred solitary run through the canyon in Redmond, Oregon, I was so encouraged by the iced footprints of those that had gone before me; my instant absent friends. I was not the only one who braved freezing temperatures to just run and breathe.

The hardest part about running ironically is the part of running that I love the most – being alone. Stepping out the door, leaving my kids and husband behind to do something on my own just for me, feels so selfish and isolating. But there on the path before and behind me was evidence of others who had broken away to run and were now warm at home eating pancakes with family – or at least that’s how I imagine it.

These quiet, friendly footprints made me run a little harder, a little faster, knowing that I wouldn’t be running forever and soon enough I would be back at home cuddling with a kiddo. But for now, I was running, just like I have been since I was a kid and learned how to put one foot in front of another.
Posted by Lindsey @ FRESH AIR + FRESH FOOD at 6:31 PM