My husband is a large, freckled, red-head. Very viking-esque. 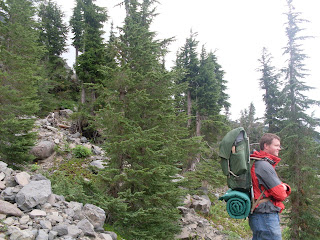 My son was born 10lb 2oz. Favorite activity: clubbing things with large sticks. We named him Bjorn (Norwegian for "bear").
Did you notice there are no double dots above the "o" in my son's name? A real Norwegian would have the double dots and pronounce it "Byern." I say "Bee-yorn." I don't care cause I'm not Norwegian.
It's criminal I know. I should make more of an effort. But before you get too down on me, let me point out . . Lutefisk (translated: lye-fish) is stockfish (dehydrated white fish, most often cod), reconstituted in saltwater then soaked in lye until the pH is just right. Why? To preserve it of course . . . duh! What else would you use lye for beside laundry, dishes, and major household cleaning? Once the lutefisk is properly saturated, simply boil it up, slap it with butter, and you've got Christmas supper. What do those Viking have against Christmas anyway?

Still, my children are 50% Norwegian. I should make an effort.

Therefore, out of diplomacy (and a challenge from Project Food Blog), I've decided it is time to embrace (or at least stomach) the fare of my in-laws. 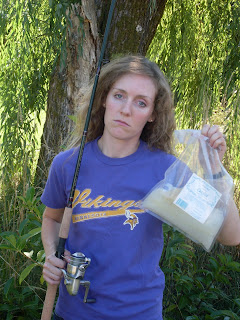 After making many phone calls to local grocers and spelling "L-U-T-E-F-I-S-K" even more times, I finally tracked down some frozen lye-fish. $9.99 per pound?! You've got to be kidding me! I suppose I can afford it just this once. Still $24.98 a package is hard to swallow. 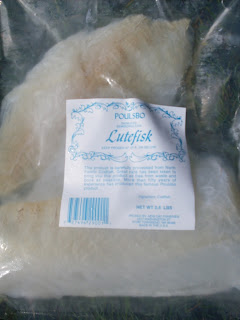 Next up, I scoured the internet for recipes. Turns out, the only cooking technique you must master as a Norwegian is boiling - boiled Lutefisk with the traditional boiled potatoes (Kokte melne poteter), stewed peas (Grønn ertestuing), and stewed fruit (Sot Suppe). Let's do this! 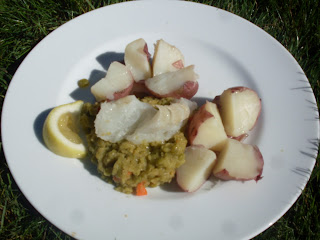 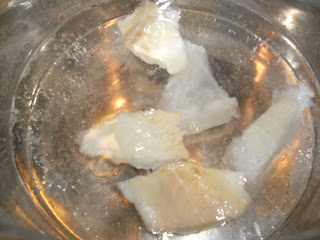 Cooking lutefisk the old fashioned way: Do not cook in aluminum vessels as it will darken the kettle.

1. Use three level tablespoons salt to each quart water. Bring water to boil, add salt. Add fish which has been sliced into serving pieces and return to boil, then remove from the heat.
2. Skim, and let fish steep for 5 to 10 minutes depending on thickness. Serve at once.
Many other recipes suggested serving with butter and lemon. I chose to substitute the butter for garlic infused olive oil.
The Verdict:
Josephine and Georgia are good little Norwegians. 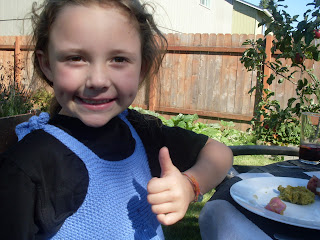 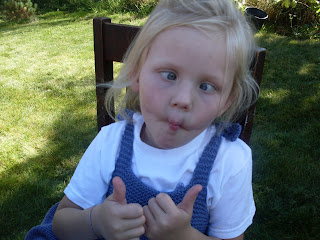 Ryan, Bjorn, and I are not. 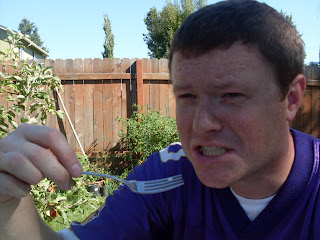 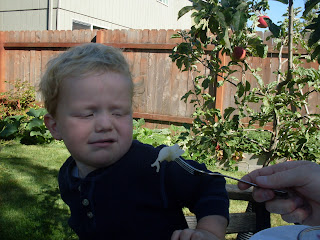 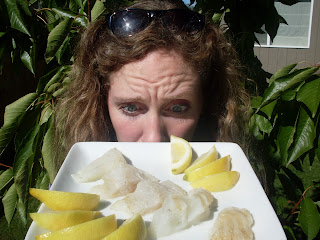 Jello-fish, the common description for Lutefisk, doesn't even come close to describing the gut-wrenching, hurl-inducing qualities of this evil concoction. First, you smell it - that quintessential "fishy" smell. Initial taste bud contact - salt. Not bad. Then comes the slippery slime texture over the tongue. I think to myself, "Just chew a couple times and swallow. This isn't so bad!" Right? Wrong! Some how this fall-apart-fish is chewy between the teeth! Before gagging a third time, I spit out the fish. Plop into the grass. I'll let the slugs and ants have this one . . . if they want it.
In the meantime the potatoes and peas, albeit bland, do the trick at filling the tummy. Grape juice with lemon and frozen blueberries wash it all down - not Norwegian, but needed.
Then came the pay off - Sot Suppe! A cross between tapioca pudding, compote, and pie filling - sot suppe is the perfect finish to a fishy meal. The prunes, raisins, and currants fell apart while the apples retained their shape and added textural variety. With its concentrated goodness, the richness of sot suppe went a long way. There was more than enough leftover to serve for breakfast over yogurt and freeze for another time. 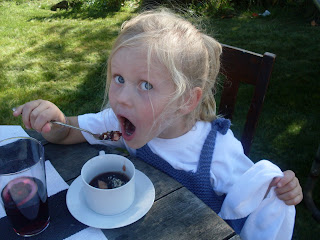 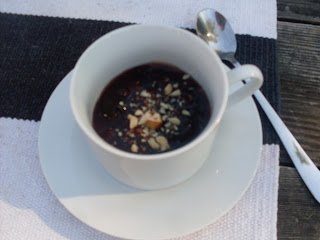 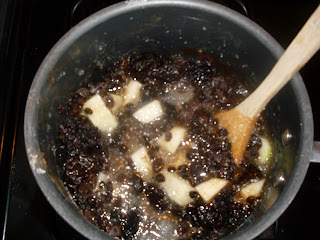 To vote for me in Project Food Blog's second challenge, The Classics, click here or on my Project Food Blog pic in the upper right corner, create a FoodBuzz account if you haven't already, and make sure you select the little heart to show that you love it (the post, not lutefisk). Voting starts on MONDAY. Thanks!

If you haven't already, make sure you become a "Fresh Follower" and never miss a post.
Posted by Lindsey @ FRESH AIR + FRESH FOOD at 2:55 AM